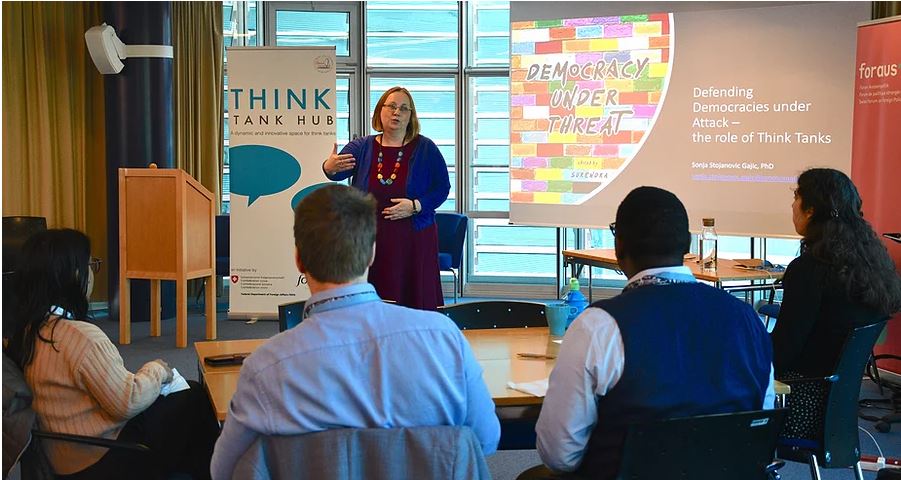 Defending democracies under attack: The role of think tanks

Democracy is deteriorating globally and security narratives are being used as an excuse for shrinking democratic space and practices across the world. Security think tanks usually advise governments on how to move forward national security agendas or better position geo-strategically. They rarely examine the accountability of national security institutions (police, military, intelligence, customs…) from the perspective of citizens’ rights and democratic values.

Civil liberties organisations defend human rights in relation to domestic security actors, while humanitarian NGOs monitor and advocate protection of civilians in the context of armed conflicts. Both types of organisations usually do not know how to engage with security power-holders. Think tanks in the Global South, including Eastern Europe, had developed the oversight function to contribute to national democratization processes, while think tanks from Global North are more involved in exporting advice abroad.

Sonja Stojanović Gajić is an experienced researcher and practitioner of security sector governance and conflict-transformation and an organizational consultant. Sonja holds a PhD in International Relations from the University of Belgrade and an MA in Politics, Security and Integration (with distinction) from University College London (UCL).  From December 2006 to October 2019, she led the Belgrade Centre for Security Policy (BCSP) as its Director. Under her leadership, BCSP became the only Western Balkan think tank ranked among the most influential Security and International Affairs Think Tanks in the Global Think Tank ranking. Before BCSP, she has worked for the OSCE Mission to Serbia and Montenegro on police reform program.  She has been teaching at the Faculty of Political Science in Belgrade and participated in international academic research on policing, peacebuilding, EU and gender. For her accomplishments in the civilian oversight of the security sector and inclusion of youth in security research, she received the award for The Person of the Year 2019 by the OSCE Mission to Serbia.